This is How Sinuses Cause Tooth Pain 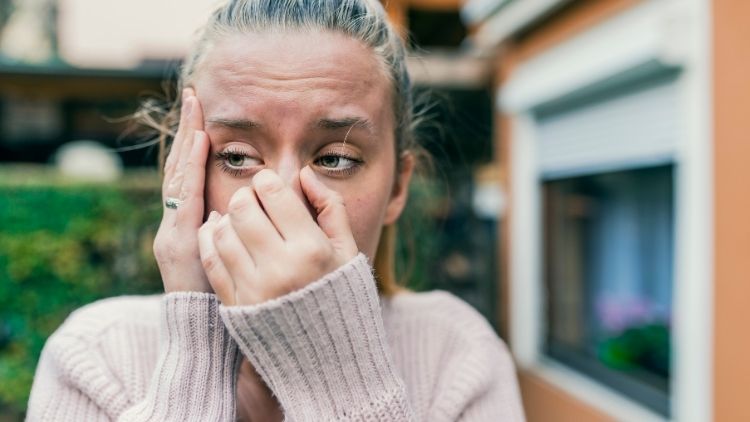 Sinuses are like hollow caves in your skull, empty except for a thin layer of protective mucus. Some sinus passages are large, and some are much smaller. They’re lined with tender pink tissue called the mucosa. You have maxillary sinuses, frontal sinuses, and ethmoid sinuses between your eyes. You also have sphenoid sinuses behind your nose. Inflammation of the mucus membrane in your sinuses is referred to as sinusitis. Sinusitis is acute or chronic, and in most cases, it’s the result of a viral infection. A sinus infection can, indeed, cause tooth pain.

In some cases, the primary symptom of sinusitis is headaches or general malaise and a non-specific tooth pain that originates from a sinus infection.

It makes sense, then, that a toothache can be misinterpreted, perhaps making you think of dental decay or cavities. However, there is a close relationship between toothache and sinusitis. This is because your sinuses and the roots of your teeth are situated closely together. Inflammation and bacteria in the sinuses irritate teeth.

Typically, the irritation manifests itself as a dull pain that cannot be traced back to precisely one tooth. The symptoms increase when your head is tilted forward or when you rapidly turn your head back and forth. If you have an unspecific toothache with varying intensity and no dental disease can be identified, a sinus infection may be the culprit.

Sinusitis is associated with dull to throbbing pain and pressure in the face where the sinuses are. When bending or hopping on one leg, the symptoms increase. In addition, you might feel a toothache in the upper jaw along with a headache, weeping nasal discharge, lower eyelid swelling, increased body temperature, and general fatigue.

A toothache can often be misinterpreted, making you think the cause is a cavity or dental disease. However, it’s not uncommon for a widely-felt toothache to conceal a sinus infection.

How Does a Sinus Infection Cause Tooth Pain?

When the membrane in your sinuses is swollen, it sometimes also irritates a tooth nerve. As a result, a generalized tooth pain develops, usually described as throbbing and difficult to pinpoint. The pain often also radiates to the entire upper or lower jaw.

If you aren’t sure if a toothache is related to a sinus infection, here are some other symptoms to help you decide.

In most cases, patients don’t realize they have sinusitis. You might simply assume you have a harmless cold. But if you have a cold and a painful toothache, you may have a sinus infection. The toothache typically subsides a few days after the sinusitis disappears.

If the toothache worsens and there is swelling of the cheek, please call Danville Family Dentistry immediately for a checkup.

Toothache in the upper jaw

The pain can radiate to your face and also to your upper jaw.  Interestingly, the lowest point of the maxillary sinus is near your molars. The pain is typically dull and throbbing. It worsens when you bend your head or perform certain movements such as hopping. Due to the direct proximity to the teeth, a toothache is not uncommon for an inflammation of the maxillary sinus.

Toothache in the lower jaw

In the case of sinusitis, the mucus membranes swell because of inflammation. This swelling can irritate the tooth nerves, which means tooth pain can occur in both the upper and lower jaw. A visit to our office can provide some clarity.

Toothache in the front teeth

In typical sinus infections, pain is triggered by the mucus membranes’ swelling and the subsequent increased pressure in the sinuses. As a result, the pain is often widespread in one region of the face. However, if your front teeth are painful, irritation of your tooth nerves can be considered. This nerve irritation is probably also caused by the swollen mucus membrane, which then causes pain in the teeth.

If you’re experiencing tooth pain and you aren’t sure if it’s from a sinus infection or something more, please call us today at 317-745-4400. Let us help relieve you from pain quickly and efficiently.